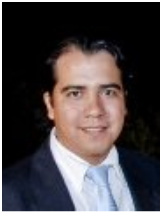 Earned his Bachelor’s degree from Universidad de Monterrey in Software Engineering. He is married and has three children.

Gustavo immigrated to US in 2011 to work for a start-up called Idhasoft and after few months became Manager and then SAP Technical Director. He helped with Presales presentations, and establishing and directing the SAP Technical team for SAP net new implementations and ongoing support with resources from US, Mexico, and India.

Gustavo founded Onibex, LCC in  December 2015 starting operations in 2016 providing SAP Services, with the vision of building technology which generates pleasant emotions to our consumers. Originally from Monterrey, MX Gustavo lives in The Woodlands, TX. 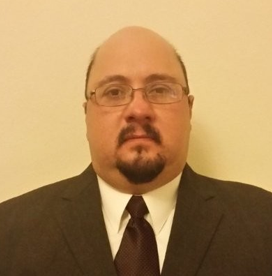 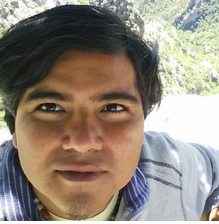 Born in Monterrey, NL, Mexico, currently married and with 2 children.

During his 18 years of experience with SAP he has worked in different SAP modules such as SD, MM, FI, CO, CRM and with information exchange technologies such as SAP XI / PI / PO, Fiori, Gateway and IDOCS.

He began his career in IT in 1990 at IMSA, collaborating in different areas such as Central Operation, Technical Support and Communications. Started working with SAP technologies in 2000 in the implementation for Grupo Nutec S.A. as an ABAP developer for the MM and SD modules.

From 2001 to 2007 now as IT Manager, he lead the implementation, upgrades and administration of SAP in the companies integrating this group such as Nutec Corporativo S.A., Nutec S.A., Fibratec S.A. and Nutec Bickley Co. in Bensalem PA, USA.

In 2008, he joined the development team responsible for the E-commerce Portal of CEMEX as Development leader.

In February 2016 he met with his friend Gustavo Estrada, who invited him to join Onibex, LCC as SAP leader and since then they have worked together providing SAP services and developing technologies to give the best experience to their clients.

Later he worked as developer and technical leader working with agile methodologies, tailoring AUP (Agile Unified Process) along with an experienced team at IDEA Solutions, a tech company created by DeAcero, a steel enterprise of long local tradition.

He then spent 3 years studding his Master’s at CIMAT (Mathematics Investigation Center), most prestigious post-graduate school in Mexico at mathematics and computer science topics. There he participated in several projects, mainly focusing on pattern recognition and computer vision. After that he was committed to develop the main strategical project at Cablevision, an ISP company, that was looking to provide 1 Gbps speed internet. Carlos joined Onibex in 2016.

He is happily married with Judith, and has one daughter, Marla. Loves nature and it’s his main hobby.